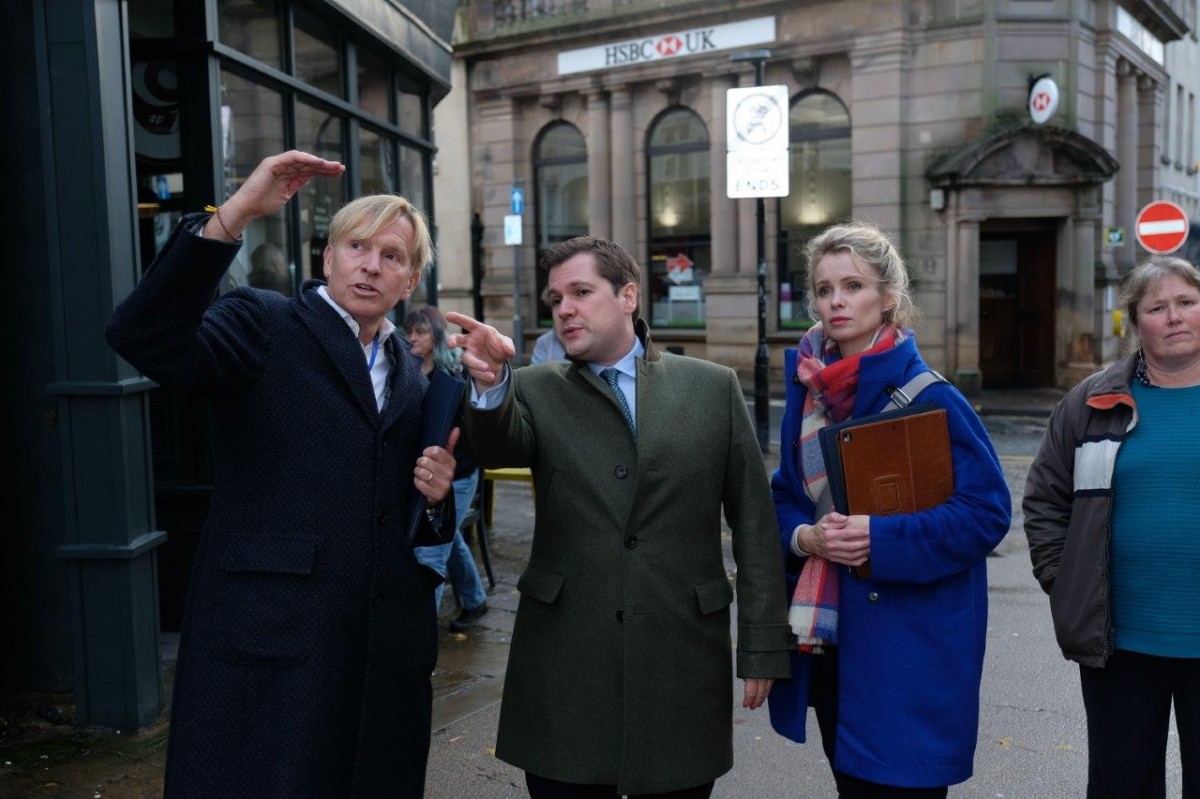 Robert Jenrick The Secretary of State for Housing, Communities and Local Government visited Strouds Five Valleys shopping centre this week to see first-hand the major transformation which is underway in the town.   Five Valleys is owned by retail specialists Dransfield Properties Ltd who started work on a major programme of improvements at the centre last year.   The development, which is part funded by GFirst LEP, will attract a host of new... More » 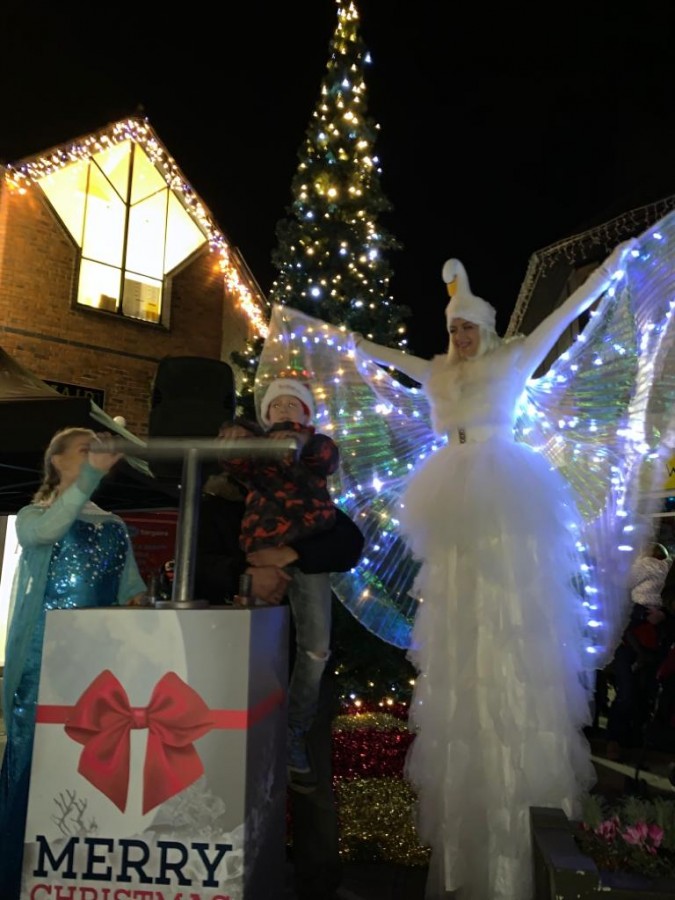 Market Cross lights up for Christmas

Crowds of people turned out in Selby on Friday evening (December 22nd) to celebrate the Christmas Lights Switch On at Market Cross. There was traditional Christmas music from Georgie Harrison and Lizy and The Crescendos followed by festive carols from local choir, the Hemmingbirds. The stunning lights display was turned on by lucky competition winner Freddy Randall Miles age eight, from Selby along with Disney Frozens Elsa. The lucky youngster... More » 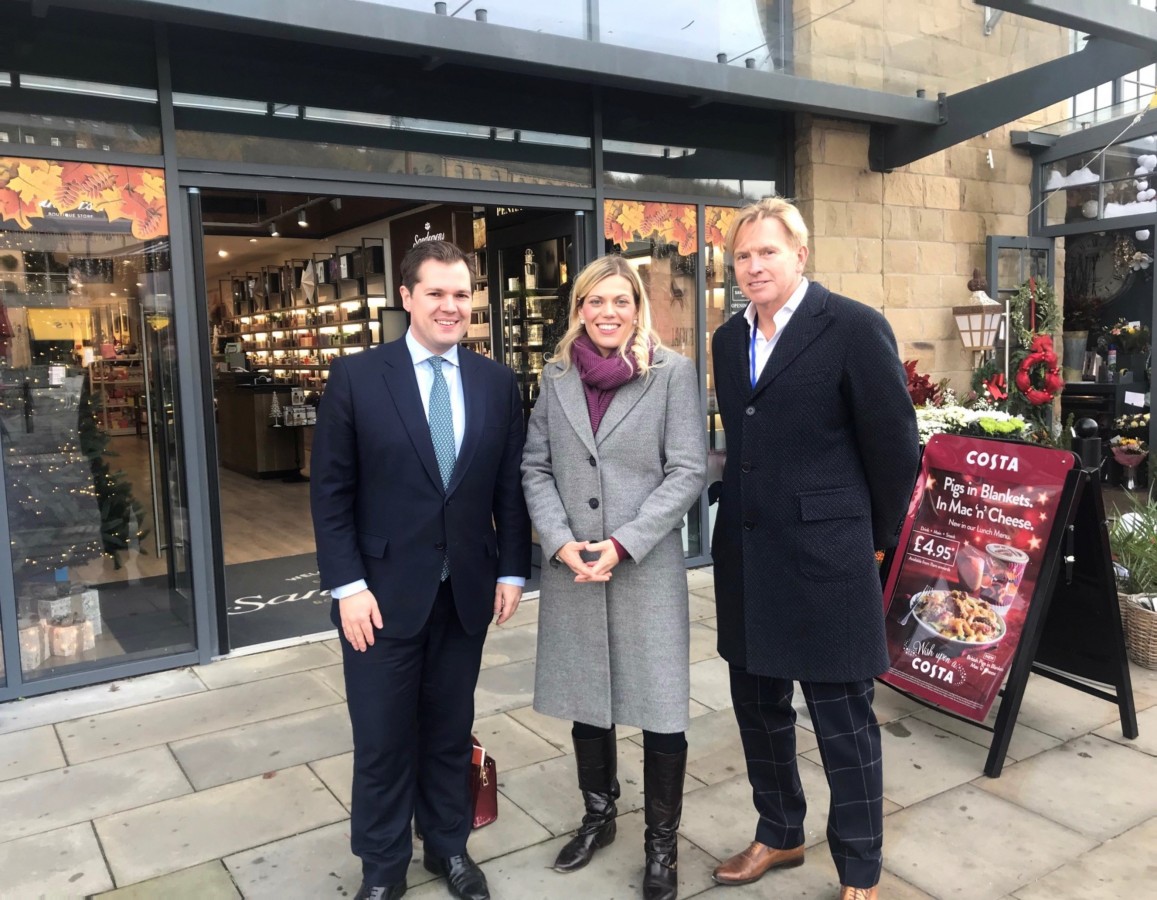 Robert Jenrick The Secretary of State for Housing, Communities and Local Government visited Stocksbridge in north Sheffield today - one of the areas set to benefit from the new Town's Fund with an investment of up to £25 million. Mr Jenrick was joined by the Conservative Parliamentary Candidate for Penistone and Stocksbridge, Miriam Cates as well as Mark Dransfield - Managing Director of Dransfield Properties which owns the award-winning Fox... More » 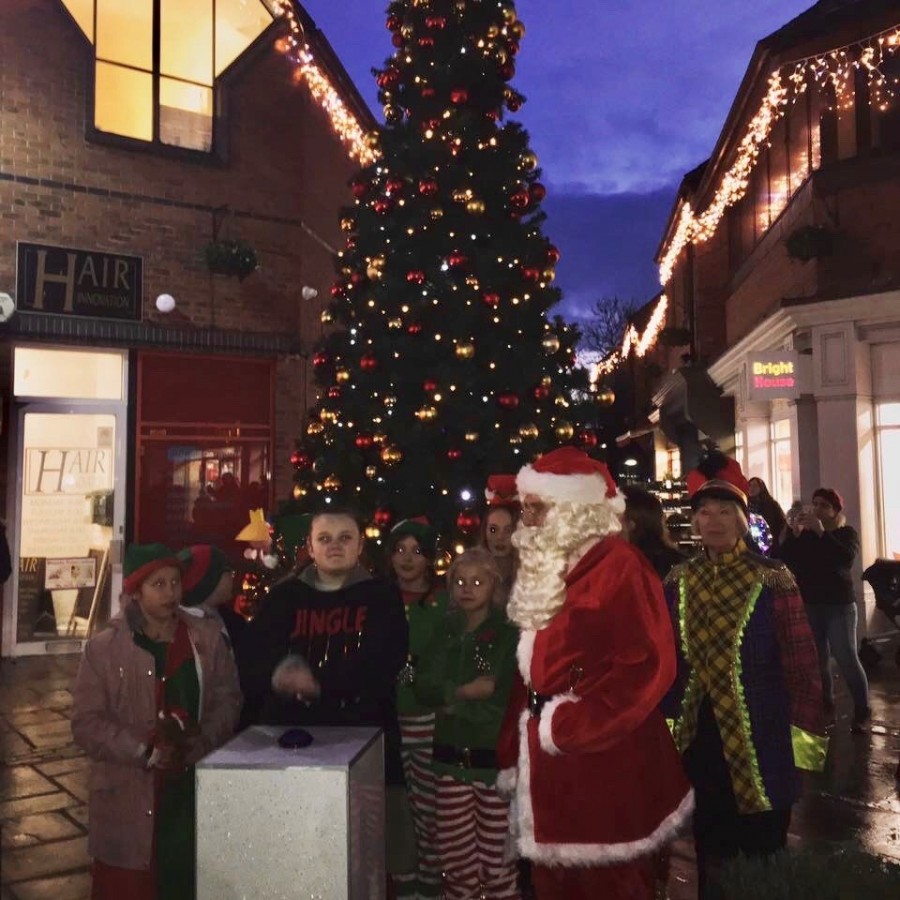 The team at Market Cross are busy preparing for their annual Christmas Lights Switch On event which is due to take place this year on Friday 22nd November from 4pm until 6:30pm.  There will also be a jam-packed line up of entertainment from 4pm until 6:15pm with the big switch on happening at 5:30pm.  From 4pm  4:45pm Georgie Harrison will be performing followed by Lizy and The Crescendos who will be on the stage from 4:45pm to 5:30pm. Carol with... More »

Retailers, local stakeholders and the team behind Morpeths Sanderson Arcade came to-gether yesterday to celebrate the award winning centes 10th birthday.   Sanderson Arcade was launched by Joanna Lumley OBE on 12th November 2009 and ten years to the day that the transformational town centre development was launched a special celebration was held at the centre.   The birthday was marked by the unveiling of pieces of art by the local artists Sarah... More » 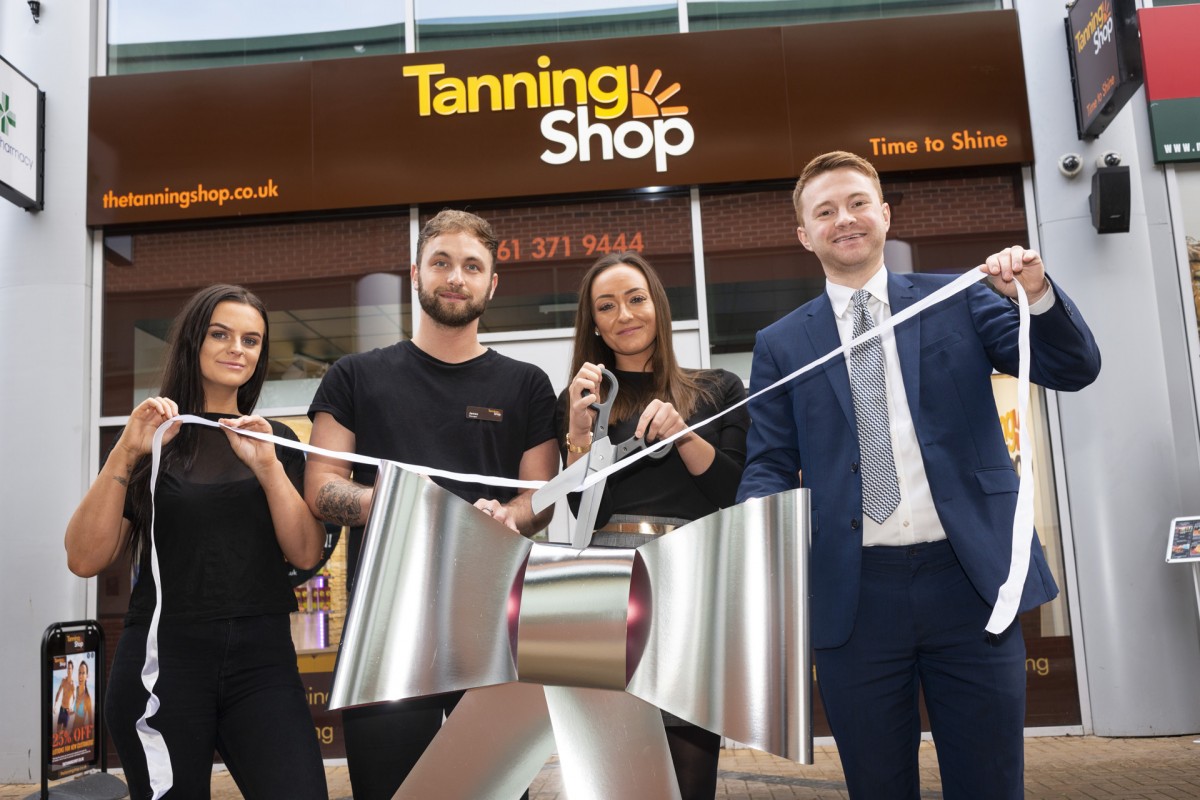 The UKs largest tanning chain has launched its latest salon at east Manchesters Lime Square shopping centre this week.   The Tanning Shop was founded in 1991 and now has more than 90 stores across the UK offering responsible tanning solutions in a professional and friendly environment. The Openshaw salon can be found next to the pharmacy at Lime Square and the Marco Reas café.   The salon opened on Tuesday and the new business at the centre... More » 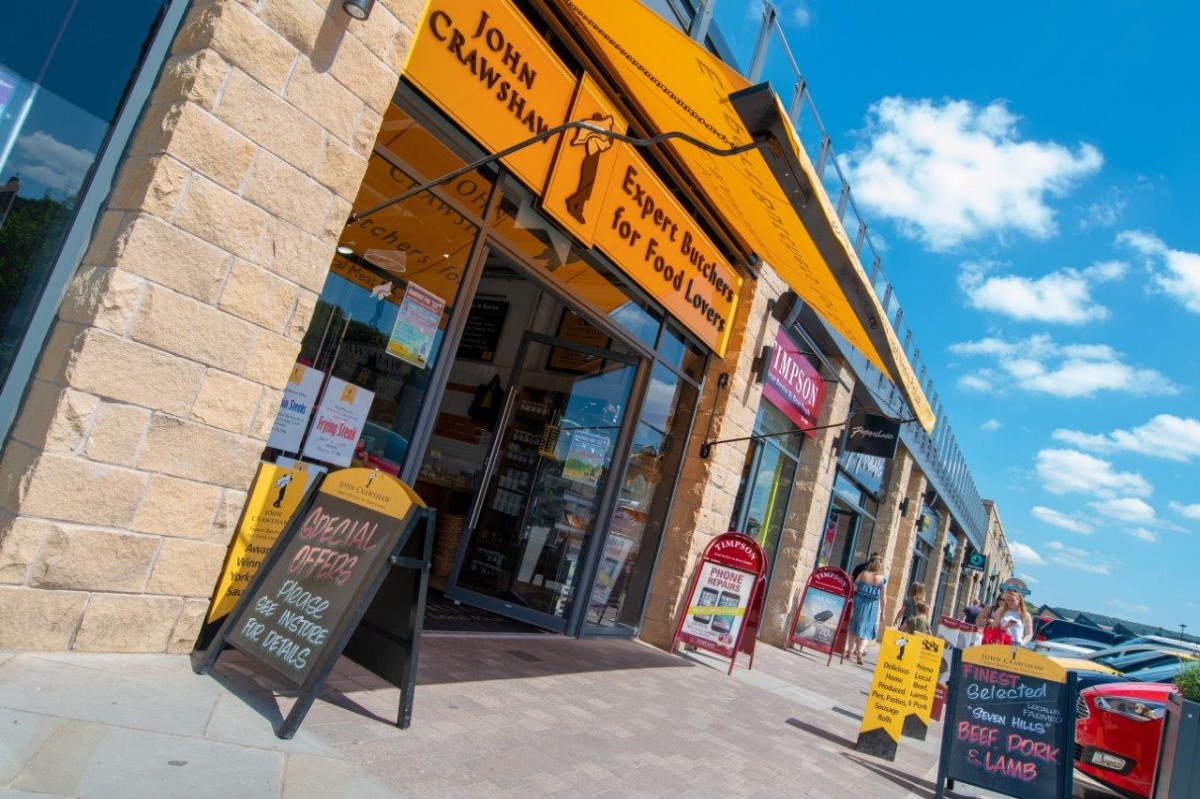 Specsavers has announced that the company is opening a brand-new store at north Sheffields award-winning Fox Valley development. The British optical retail chain, which also has outlets across Europe as well as Australia and New Zealand, will open the new branch in the New Year. The new Fox Valley practice will be in a 1,532 sq. ft. unit at the centre neighbouring Seasalt and Timpsons. Specsavers is a family run business which was founded more... More » 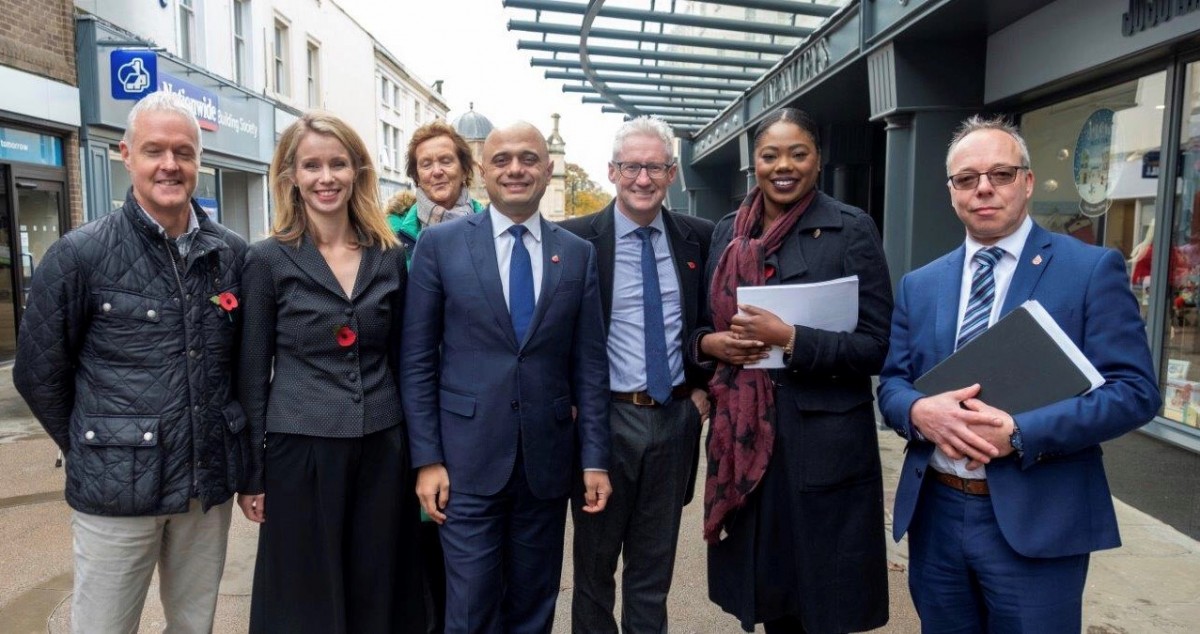 The Chancellor Sajid Javid visited Strouds Five Valleys shopping centre this morning to find out more about the major redevelopment programme which is underway in the town. Five Valleys is currently undergoing a £30 million transformation of the previously run-down centre, creating a vibrant new retail destination in the heart of the town centre and attracting new businesses to Stroud.  The development is being... More » 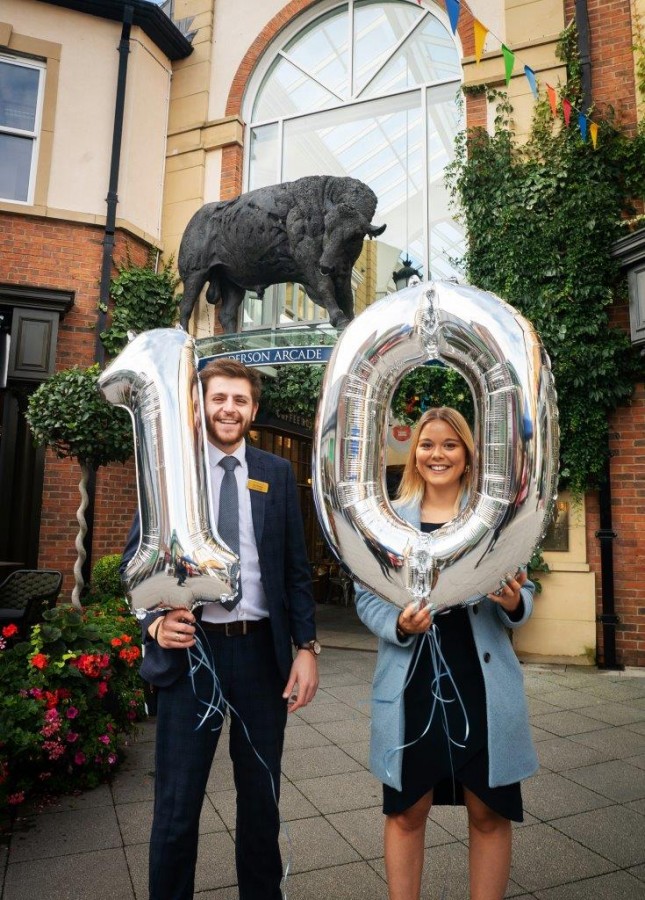 Media Opportunity: 12:30pm, Tuesday 12th November Morpeths award-winning Sanderson Arcade celebrates its 10th anniversary next week  exactly a decade to the day that Joanna Lumley OBE launched the town centre development. The centre was launched on 12th November 2019 and ten years later retailers, stakeholders and guests will come together with the centres development team and owners, Dransfield Properties, to mark the special... More » 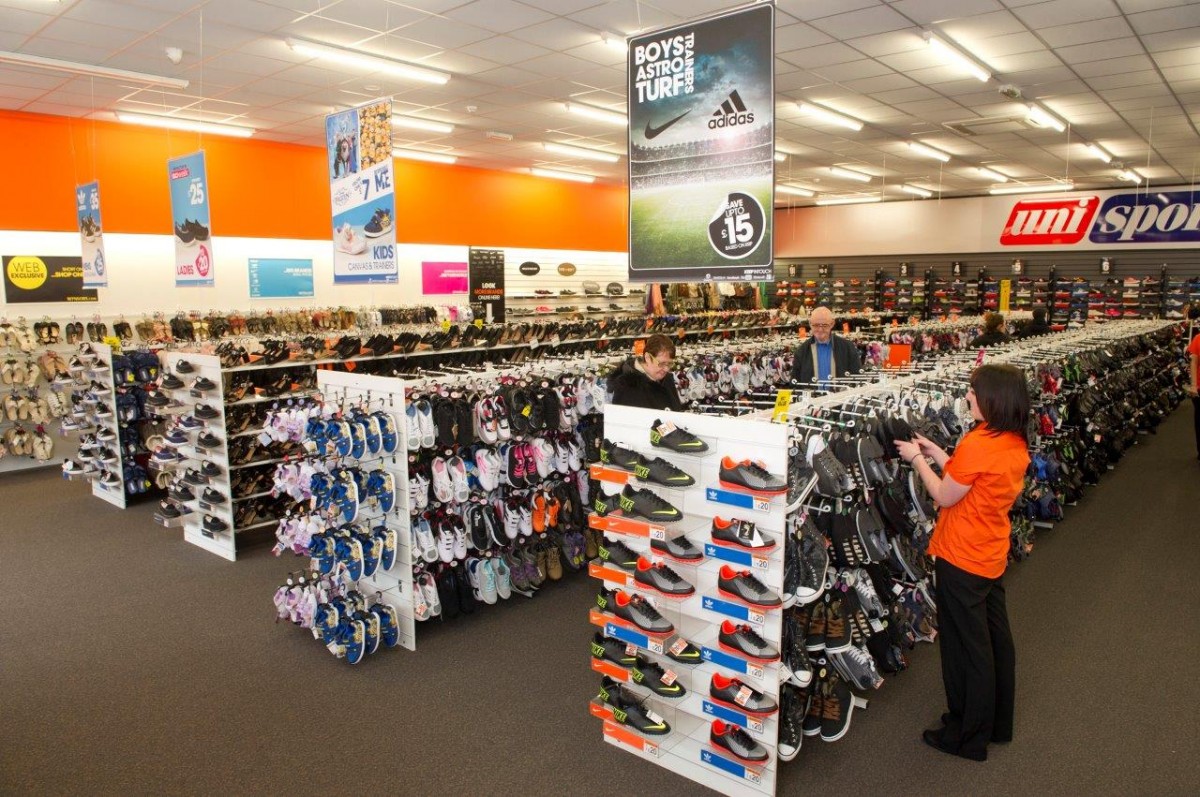 Wynsors World of Shoes is relocating to a new unit at east Manchesters busy Lime Square shopping centre next week.   The popular footwear retailer opened for business at the centre four years ago and is now moving to a new unit at Lime Square, next to Savers along the rear mall area at the centre where B&M, Poundland, Greggs and Card Factory can also be found.   The relocation means the owners Dransfield Properties Ltd can redevelop the former... More »

© Dransfield Properties Ltd. All rights reserved.
Website by Something Digital..